What You Need to Know About ads.txt and app-ads.txt

Intro to ads.txt and app-ads.txt

For years, the programmatic advertising world has sought solutions to decrease fraud and increase transparency. This billion-dollar problem had some even looking to blockchain for a possible solution, but in May of 2017, the IAB Tech Lab offered a much simpler solution. The IAB’s ads.txt project was developed to clean up the online-advertising supply chain and increase transparency, giving advertisers the chance to purchase authentic digital media with confidence by making it much harder for fraudsters to sell the inventory they didn’t own.

This article will outline what ads.txt is, how it works, its use in the mobile space, and uncover the app-ads.txt solution.

Established to prevent unauthorized inventory sales and counterfeit inventory from being presented to advertisers, ads.txt (or “Authorized Digital Sellers”) is a basic text file publishers can use to authorize who can sell their ad space digitally. It’s a simple but secure method developed so publishers can transparently (publicly) declare the companies they have authorized to sell their inventory.

How Does ads.txt Work?

Ads.txt works by eliminating domain spoofing and arbitrage, a process in which impressions are bought, repackaged, and resold at a higher price by a third party. Ads.txt solves these problems by indicating the original authorized reseller of a publisher’s inventory.

With ads.txt, programmatic buyers can generate a record of all “Authorized Digital Sellers” with inventory they’d like to purchase. When a buyer receives a bid request from their inventory, they can verify the sale using the information contained in the ads.txt file. 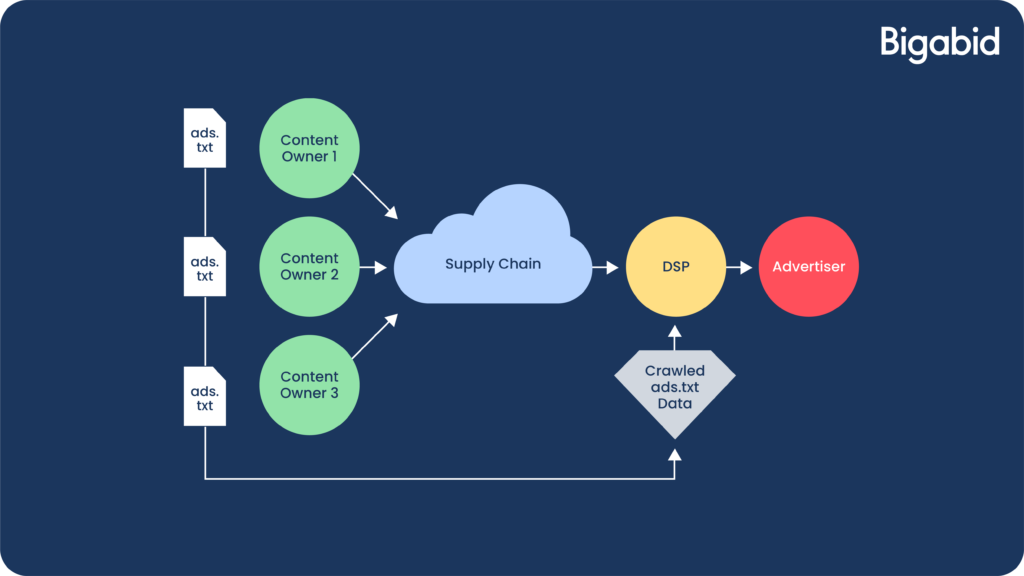 Ads.txt in the Mobile App Space

Beyond domain spoofing, mobile app fraud is just as much a problem in the programmatic advertising industry. The initial release of IAB’s ads.txt implementation didn’t include the proper measures to prevent mobile app fraud. Mobile apps don’t have a convenient way to store a list of authorized domain sellers as there is no web domain where the file can be stored.

However, in June of 2018, the IAB released an update to the guidelines. For a month, the organization allowed app publishers, AdTech vendors, and app stores to provide feedback to help refine and improve ads.txt for mobile apps. This collective approach ultimately led to the apps-ads.txt solution.

App-ads.txt is essentially ads.txt for mobile in-app and OTT advertising. Using app stores,, the new system allows mobile and OTT app publishers to list the ad tech vendors that are authorized to sell or resell their ad inventory so programmatic buyers can check these lists to ensure that a company is authorized to actually sell the app’s inventory.

App-ads.txt bears many similarities to the original ads.txt, but there is a crucial difference that could slow advertisers, publishers, and ad tech vendors from adopting the initiative. Instead of publishing on websites like ads.txt, app-ads.txt needs to be on the app listings that app stores publish online. IAB hopes that app stores will add some HTML code for each app listing that provides the app’s website domain, bundle ID, and store ID. The website domain will point to the domain where buyers can find a publisher’s app-ads.txt file online, and the bundle ID and store ID can be matched against the bundle ID and/or store ID that are included in the bid request when an app has an ad impression to sell programmatically.

The catch is, without app store support, there’s no reliable way to ensure that an app-ads.txt file on a publisher’s site corresponds to a given app. It will likely take some time for it to be adopted by the majority, but the solution is currently working well.

Conclusion to ads.txt and app-ads.txt

While ads.txt won’t fix all of AdTech’s fraud woes, it is helping companies get used to a digital advertising ecosystem that promotes transparency while combating ad fraud and arbitrage. Most companies will embrace this new world, while others who have made a business of abusing the transparency issues in AdTech, likely won’t. As for add-ads.txt future, Google play was the first to support app-ads.txt and today boasts about 30% adoption, with the top 1000 selling apps at around 70% adoption, which makes sense since Google has been very active in getting advertisers and publishers to adopt ads.txt. Following behind, Apple’s app store has about 14% adoption, and 44% of their top 1000 selling apps have adopted the technology.

Bigabid is deeply committed to transparency and the sharing of knowledge. We hope ads.txt and app-ads.txt continue to become the norm. To learn how transparent, results-driven user acquisition and retargeting can help you, please get in touch.