m
k
k
Login
Thank you! Your submission has been received!
Oops! Something went wrong while submitting the form.
Create Account    |     Forgot Password

The effect of App-Store categories on your mobile campaigns

As the performance industry matured and techniques grew ever more sophisticated, new challenges started appearing in the endless pursuit of users. Minimizing wastefulness and maximizing effectiveness required us to evolve from an approach that targets everyone to tools that target someone - the someone who is genuinely interested in our app.

App Store categories as an audience

At first glance, App Store and Google Play categories seem a straightforward way to classify users. Superficially, a casino game advertiser would probably want to reach users that have installed other games in the Casino category. However, abysmal return on investments indicate that app categories do not actually overlap well with user interests.

The 18 gaming categories in the App Store and the 17 in Google Play provide a low resolution picture - pixelating a swath of users into a blurry image with no fine details. After all, users don’t just install any random game based on category alone in the app store.

For instance, let's assume a hypothetical casino advertiser that has three different apps: one for poker, one for slots and a bingo app. The existing categories lump users of these apps into a one big faceless mass. However, looking at the users rather than the category, poker players might not be interested in slot apps, and Texas Hold’em might not resonate with Omaha players. And yet, Google Play alone piles over 12,000 different apps in the Casino category. 12,000 apps which in close inspection serve fundamentally different audiences.

Even if you don’t know any of the apps featured in Google Play, it is clear by icons alone that they target different genders and age-groups. In a world of low resolution categories, people with very little in common on a personal level get lumped together into a faceless crowd.

App categories are selected by their developers. This subjective categorization inevitably leads to similar apps being grouped in different categories, while different ones are lumped together with no clear logic behind the decision.

For example, looking at the first ten search results for the popular Bubble Shooter games, you can see that “Casual”, “Puzzle” and “Arcade” are all used to describe what would be logically separated into a single category. This leads to a situation in which precision targeting is essentially impossible, and clustering users together would give a distorted picture that does not match reality. 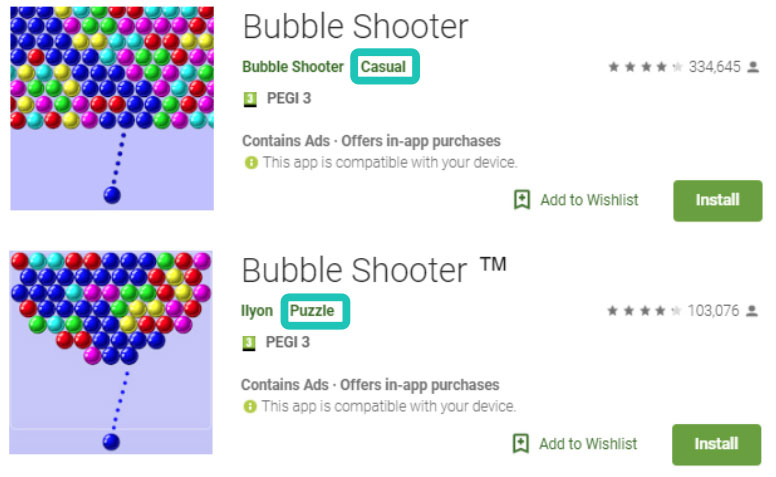 Although most of the categories in both app stores are similar, they are not identical, resulting in app categories being misaligned.

Looking at the table of the app store game categories above, you can see that if an app owner categorized an app under ‘Family’, ‘Casual’ or ‘Dice’ in one store, an inconsistency will inevitably arise. Furthermore, occasionally, either by mistake or as a strategy, the same game inhabits a different category in different stores, as shown in the image below. 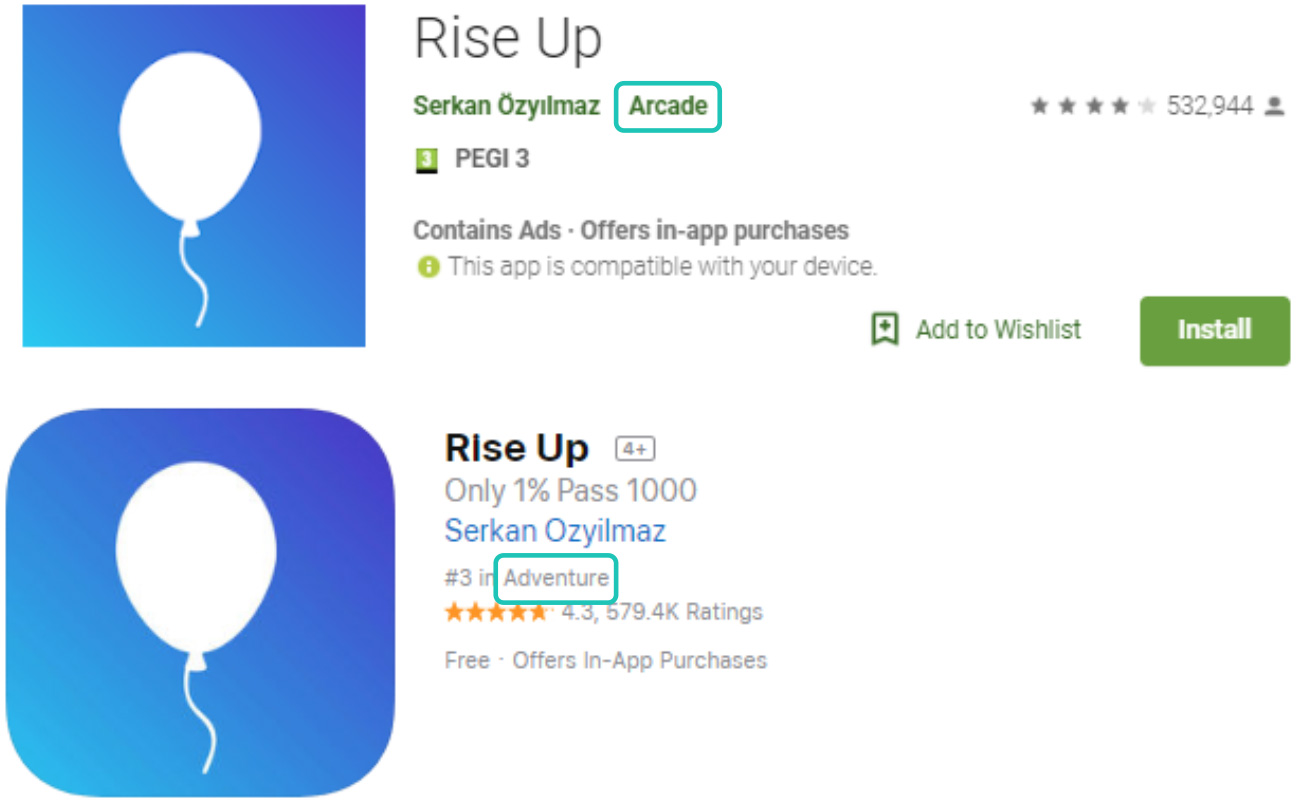 Using Google Play and App Store categories for performance marketing is akin to using short-sighted glasses on a long-sighted person. It actually adds a distorting lens between you and your users - skewing perceptions, decreasing accuracy, and negatively impacting campaign results.

Bigabid App Categories (BAC) is one of the tools Bigabid uses to get your ad to the right users at the right time. More than a technology, BAC is a strategic tool - a ridgeline allowing you to see the users hidden beyond the apps. 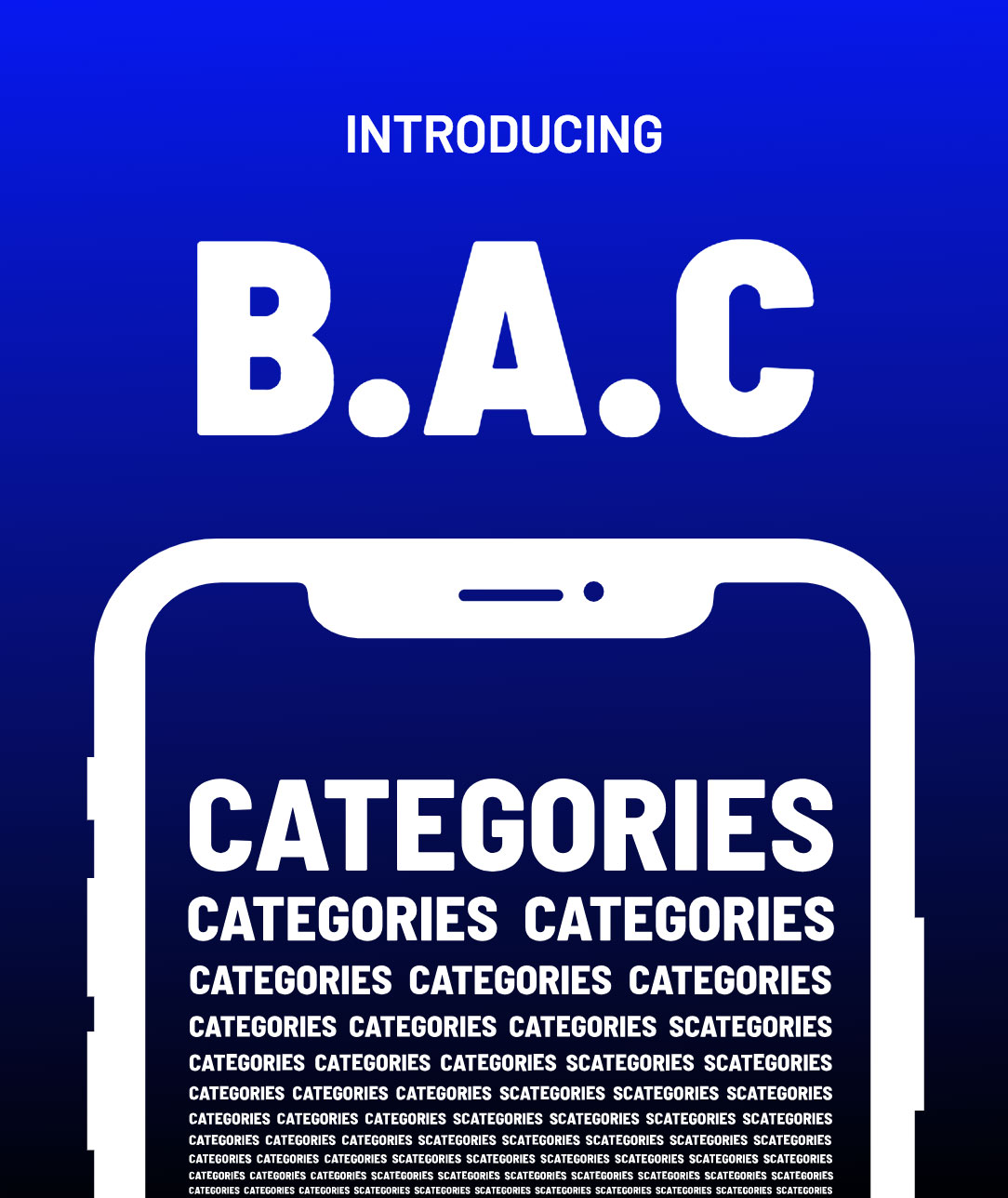 BAC has effectively overcome the irrelevance of traditional app categorization. Combining our market experts and state of the art Machine Learning algorithms, Bigabid has increased the number of categories by orders of magnitude - from dozens to thousands of classifiers. We have removed subjectivity out of categorization, and changed the perspective from app-centric division to user-centric grouping. And to resolve inconsistencies, we consolidated the different app stores into one encompassing pool of apps. In effect BAC gives you a new high-definition panoramic perspective of your users as seen through the landscape of apps with which they interact.

Put in numbers, compared to Google Play’s 48 categories, 17 of which are gaming dedicated, or App Store’s 46 categories with gaming constituting 18, Bigabid has reached to-date 2,000 different app categories, 120 of which for gaming alone. Thus, Bigabid is able to provide a crisp sharp image, autonomously constructed by sophisticated algorithms and designed to find the right people, not just the right apps.

from
Look-alike
to
Think-alike

By increasing the data resolution and changing analysis perspective, BAC allows you to move from huge clusters of rudimentary look-alikes profiles to multi-dimensional think-alike groups.

Prior to going live with a campaign, Bigabid examines your historical user installation data, out of which your user-base think-alike model arises - a fingerprint unique to your users’ minds. Once the initial model was constructed and fed into our DMP it is then further enriched with 3rd party data. Next, a matching algorithm links your think-alike model to a unique mix of categories which your  users are most likely to use.

To put it in concrete terms, below you can see an actual analysis made by our data science team for a client in the Casino vertical, matching the app’s most avid users to specific pinpointed app categories with which they are most engaged  - in effect providing a description of your users, reflected through their choice of specific types of apps. The analysis is followed by the results of two campaigns which are exactly identical except for the fact that one used BAC and one did not. 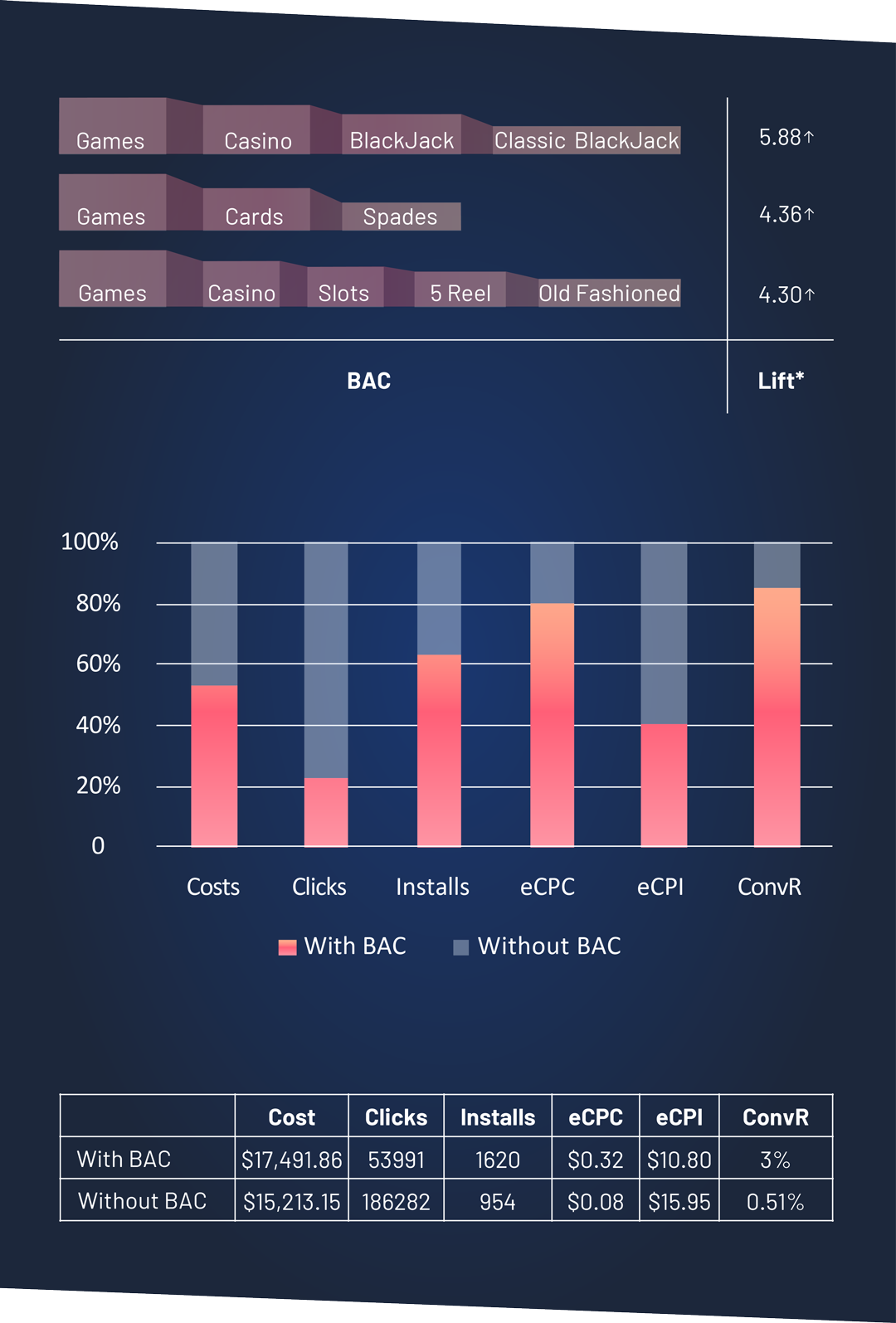 * Lift: The change in the chance of a user to get from an impression to an install, in comparison to a random user. For example a lift of 5 means that a user is 5 times more likely to install than a random user.

As we all know, the app store categories are a building block tool for marketers. We rely on the categories to target the people we think fit our product. Moreover, most of us use this targeting and optimization feature in every media buying platform. With great influence comes great responsibility. The mobile advertising industry must take action to ensure that these "building blocks" or "pillar tools" are build in the proper way that can give the most value. As innovative marketers we should all be driven by a common goal - to challenge the existing media buying methods and improve them so we can all gain greater value.
‍
Following extensive POC campaigns and real-life optimizations, Deep Categories (BAC) will exit Beta in April 2020